RUNNING WITH A UTI SUCKS 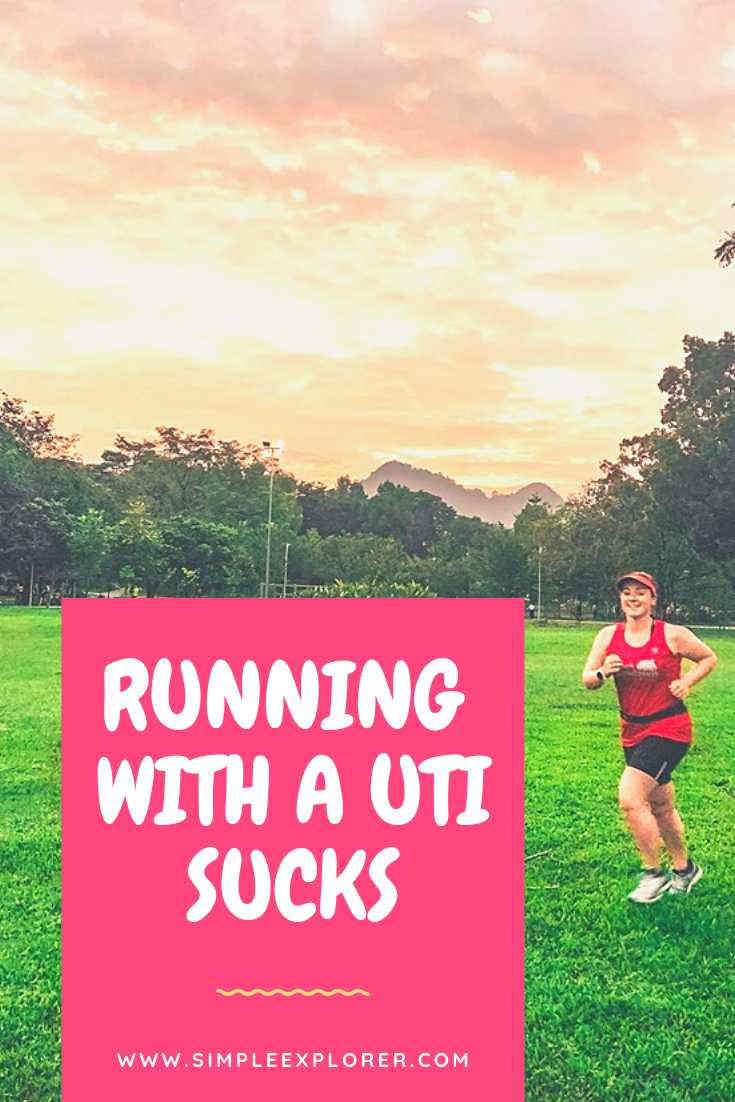 Running with a UTI sucks

Running with a UTI sucks.

This post is not pretty, it’s as real as it gets. If you are offended by normal yet frustrating functions of a woman’s body, I suggest you stop reading now.

Now, let’s be honest, we have all had to suffer with a UTI at least once in our lives.

First of all, what is a UTI?

A urinary tract infection (UTI) is an infection in any part of the urinary system — your kidneys, ureters, bladder and urethra. It is more common in women than men. Usually they are focused around the lower area and bladder, however, if it spreads it can reach the kidneys, and cause serious issues.

Some women don’t even know they have a UTI. However, if it does develop enough that you have symptoms, these are what you might experience:

– A strong, persistent urge to urinate

– A strong smell from your urine

– Signs of blood in the urine

UTIs typically occur when bacteria enter the urinary tract through the urethra and begin to multiply in the bladder. There are several factors that could encourage a UTI:

– Purposely holding in urine for long periods of time

– Conditions or situations that block the flow of urine

– Hormonal changes such as pregnancy

There are several things to try and reduce the UTI, please note, these are tips to reduce the infection, only proper medication and treatment will get rid of the UTI

Pee immediately after intercourse. It just helps a girl out!

Wipe from front to back. Doing so after urinating and after a bowel movement helps prevent bacteria spreading.

Avoid feminine products that could cause more issues. Deodorant sprays, douches and powers can irritate.

Drink cranberry juice. Although studies can’t prove that this stops UTIs, it does help prevent any further deterioration.

Running with a UTI 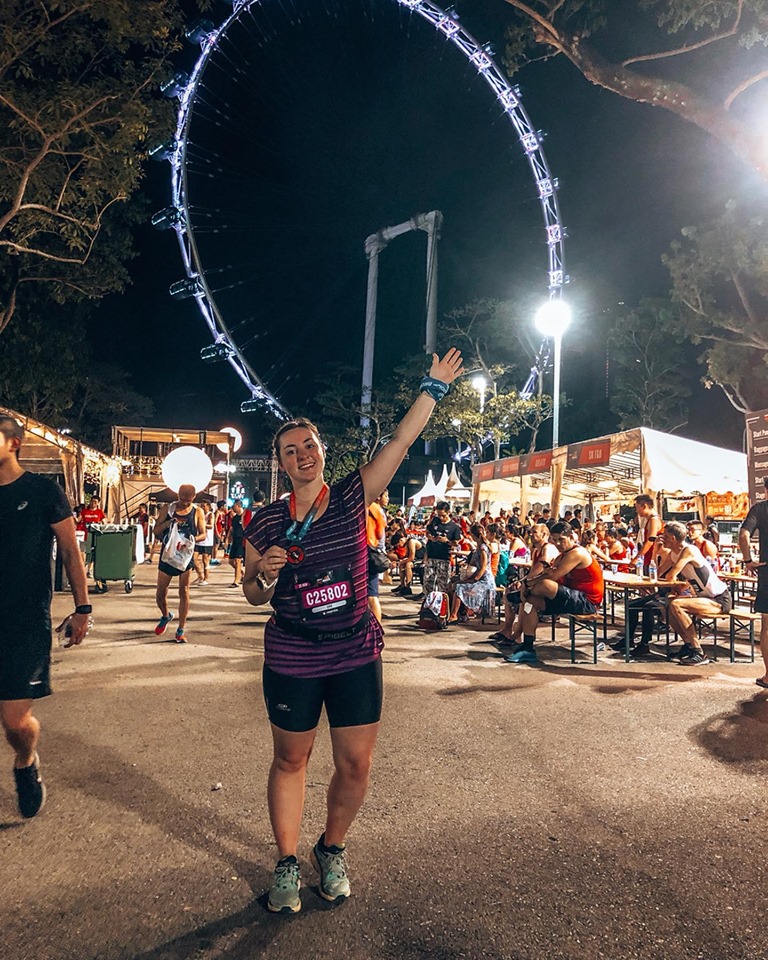 Here I am, with my medal from my half marathon. I was suffering with my worst day of my UTI, and it sucked.

I had the unfortunate experience of running a half marathon on one of my worst days of my UTI. It was really hard to even try and reduce my pain, they advise against tight clothes, drink lots of water – the usual, but when you have to run, I prefer to wear the tight clothes and unfortunately the half marathon ran out of water (that’s a whole other story, check it out here). So I tried everything I could to stop the discomfort, but sadly, it didn’t do much.

Even in the first few metres of my run, I could feel the pain. It felt like insane pressure, almost as if my insides were being pulled out, and, I needed to pee. Gruesome right? Well somebody has got to talk about it. I had drunk plenty of cranberry juice that day, plenty of water and tried to be in comfortable clothing as much as possible.

My run definitely aggravated the UTI, in fact, it made it worse. I would not recommend running when you are already suffering from a UTI. Mine resulted in me needing to get antibiotics. One of the key reasons I believe it was made worse was due to the lack of hydration. Essentially, the return to running whilst suffering from a UTI can decrease the chances of improvement from dehydration and stress on the kidneys. So as much as I encourage ladies to get out and run/workout as much as possible, if you are suffering from a UTI, it may actually make things worse and could even lead to more complications.

Studies show that actually, wearing the clothes during the workout won’t cause the UTI to worsen, but can prolong the infection. It is the dehydration that can cause issues. Make sure the infection is treated. Don’t encourage your UTI to stay put, encourage it to leave! If it hurts too much when you are running, just take a break, you can complete that run another day.

Essentially what I am saying from this, instead of suffering like me. Treat it immediately, you can still do the workout, but it hurts a lot! Keep drinking water, and just remember, hydration is key!